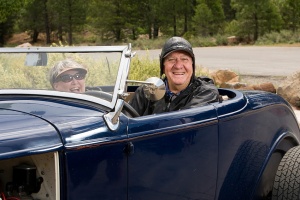 Happy Agent Monday, everyone!  No matter what sort of fiction you write, it’ll really soar if you include believable characters…people we care about, people we love, or people we love to hate. Without compelling characters, a story can really feel flat, and a story engine can chug to a full stop. Today I’m excited to welcome to the blog Richard Uhlig, who is a terrific author, and who I’m proud to call my client. Richard definitely knows a thing or two about creating compelling characters. Here’s his take on it…

In Good Company
by Richard Uhlig

“This is hell!” my fiction-writing students say. “How can you do this year after year? It’s drudgery sitting at my desk for hours trying to come up with a story someone will want to read.” One writer I know calls his den The Torture Chamber. Norman Mailer said writing was the Spooky Art, “… where there is no routine of an office to keep you going, only the blank page each morning, and you never know where the words are coming from, those divine words.”

Yes, writing an original book, play or screenplay can feel like you’re shoving Noah’s Ark up Pike’s Peak by hand. Then, over your shoulder you hear Cassandra whispering, “All this work is adding up to nothing.”

Kidding aside, write about people who you find entertaining.

Unconventional people. People who stand up to seemingly insurmountable problems. People burning with dreams. People who are their own worst enemy. Exceedingly bad people, exceedingly good people, but most of all exceedingly interesting people who shake up your sense of decorum and expectation.

Ideally, these people should want something desperately, even if, in the case of Shrek, that something is just to be left alone.

Beginning writers often waste months ironing out a concept, or trying to figure out the intricacies of a plot, without having given much thought as to who the yarn is about. Writing a story where the characters are secondary to a plot is like dancing without music. It’s okay for cookbooks and instruction manuals, I suppose, but you’ll never come up an Auntie Mame, Humbert Humbert or Willie Loman.

Tip: Put your characters in drastic, hilarious or god-awful situations right away. Follow their reactions. They should lead the way. If they don’t, search for a new character who does.

Keep in mind, this is creative writing we’re talking about. Not journalism, not biography. To write a facsimile of your church-going third grade teacher, Mrs. Carter, can lead to narrative paralysis. The real Mrs. Carter would never allow Miss Barkley, the p.e. teacher, to kiss her. But what if the fictitious Mrs. Carter lets Miss Barkley kiss her? That would buck your reader’s expectations. In other words, allow the Mrs. Carters in your life to inspire you, but free them to do their own thing. Reveal their hidden desires.

And don’t freak out about writing stereotypes. No offense, female p.e. teachers. The fun, like with Mrs. Carter, is to add contradictions to stock characters. Take the hit 1980s situation comedy “The Golden Girls.” Blanche is the slutty southern belle, Dorothy the tough Brooklyn Italian, and Rose the naive farm girl — clichés all. But the writers artfully forced these stereotypes to reconsider what they believe, constantly pushing them out of their comfort zones while maintaining a core consistency. The result? Some of the most memorable characters ever created for TV. Sinclair Lewis, the first American writer to win the Nobel Prize in Literature, wrote chiefly about “types.”

Writing can be a lonely game, for sure, but if your characters consistently surprise you by what they do and say, you’ll soon find them great company. Who knows, you may even find them more interesting than a lot of people in your non-fictional life.

So, the next time your novel stalls like a New York taxi at rush hour, get out of the driver’s seat. Let your characters take the wheel. It’s easier for you, and it’s a hell of a lot more fun for the reader.

Richard Uhlig is author of the YA novels LAST DANCE AT THE FROSTY QUEEN and BOY MINUS GIRL (both published by Knopf) as well as the e-book MYSTERY AT SNAKE RIVER BRIDGE.  He’s also penned the feature films DEAD SIMPLE, starring James Caan and winner of the Seattle International Film Festival’s Critic’s Choice Award, and KEPT, starring Ice-T.  Richard wrote and directed the award-winning short films CAN’T DANCE and MY KANSAS.  He lives in New York City with his wife and two children, and is represented by Marie Lamba of The Jennifer De Chiara Literary Agency.